The lichenobiota of the reserve numbers 238 species of lichens or above 50% of the total number of species known in Belarus. The lichenobiota is peculiar for the fact that the majority of species, i.e. 160, settle down the bark of various living tree species. 44 species have been found out in developed and destroying woods, 59 - on the ground, 23 - on the stony substratum, 22 on each - on the plant remnants and mixed substratum.

The registered lichens belong to 74 genera of 33 families. The mean number of species in a family totals 7,2; in a genus - 3,2. Cladoniaceae, Parmeliaceae, Lecanoraceae, Lecideaceae, Physciaceae, Usneaceae and Pertusariaceae families are the most abundant. 66,8 % of the total number of the lichens in the reserve fall on these families. The rest families are not numerous: 10 of them are represented by a single species each, 6 - by 2, 2 - by 3; other families have 4, 5, 7 and 8 species. 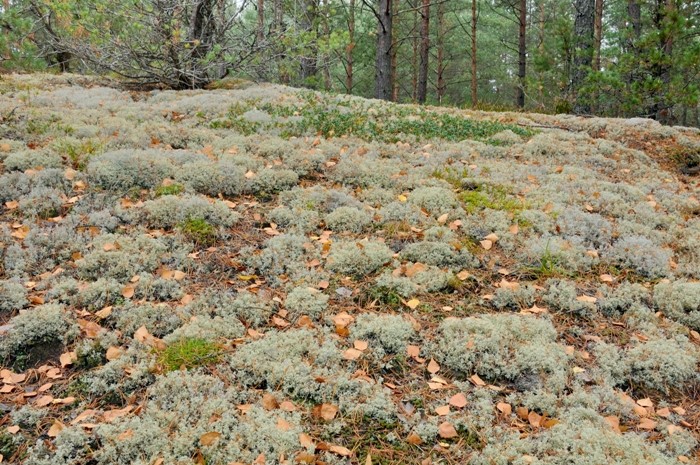 66 lichens found in the reserve belong to the fruticose ones, 53 - to the foliaceous and 119 - to the crustose ones. Geographically lichens of the Berezinsky Reserve can be distributed among 8 geographical elements, i.e. arctic-alpine - 1, hypoarctomountenous - 12, boreal - 110, nemoral - 58, mountenous - 10, multizonal - 27, xerocontinental - 2, suboceanic - 2 species; 11 lichen species belonging to any geographical elements are not identified. On the basis of geographical analysis the lichenobiota of the reserve can be characterized as nemoral-boreal.